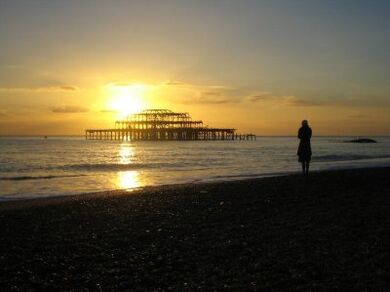 Brighton is located on the south coast of South East England, and together with its immediate neighbour Hove forms the city of Brighton and Hove. Brighton is one of the largest and most famous seaside resorts in the United Kingdom.

Newcastle, assessed by Forum for the Future as top amongst Britain’s most sustainable cities for the second year running, and Leicester, in second place, are outpacing rivals Brighton, Bristol and London. "But all five have set themselves ambitious targets and are guided by long-term visions of how to improve life for their citizens by reducing their impact on the environment and seizing new opportunities in the green economy." 18 Oct [1] topic, place

Brighton, third, scores well for quality of life and future-proofing, with a healthy, highly skilled population and a vibrant economy, but high-consumption lifestyles give it the worst ecological footprint of any city.

Retrieved from "https://sca21.fandom.com/wiki/Brighton?oldid=43092"
Community content is available under CC-BY-SA unless otherwise noted.