Clean Up the World 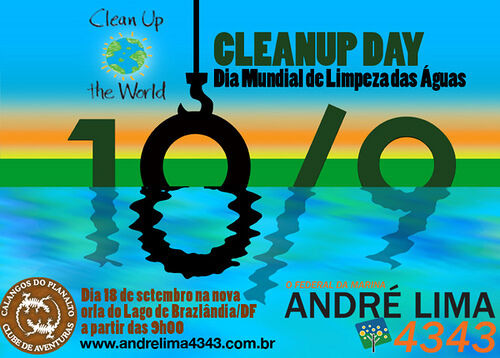 About Clean Up the World

Held in conjunction with the United Nations Environment Programme (UNEP), Clean Up the World is a global community-led environmental campaign that mobilises over 30 million volunteers in over 100 countries annually to "clean up, fix up and conserve the environment." The campaign’s flagship event is Clean Up the World Weekend, held in September each year.

The Clean Up campaign started in 1989 when an Australian solo-yachtsman and builder Ian Kiernan, appalled by the amount of rubbish he came across while sailing, organized a clean up of the Sydney Harbour, during which some 40,000 volunteers removed rusted car bodies, plastics, glass bottles and cigarette butts from the water.

The campaign went global in 1993, with Sydney becoming Clean Up the World’s headquarters.

Sydney, Australia, 1 August 2006 - Some 500 organisations, ranging from local community groups and schools to nationwide campaigns and government departments from 119 countries, will participate in the annual Clean Up the World Weekend on 15-17 September 2006.

As members of the Clean Up the World campaign, they will engage in a wide range of activities, including clean ups of local streets, waterways, parks and beaches, environmental projects such as tree planting, energy conservation and water recycling, and education programmes. The overwhelming majority of these groups come from developing countries.

Developing Countries take the Lead in Taking Care of the Planet

Over 100 countries have joined Clean Up the World since the first campaign fourteen years ago, but an extremely enthusiastic response has been received from developing countries in Africa, Asia Pacific and Latin America, including some of the world’s most troubled nations, said Clean Up the World Chairman and Founder Dr Ian Kiernan AO.

"It certainly looks like economic hardship and civil strife in some countries do not equate with lack of community and environmental action, and we applaud groups working in most difficult conditions," he added.

In 2006, Africa has the highest participation in both the number of countries (28) and organisations (171) that have joined the campaign so far, with the Democratic Republic of Congo, Ghana, and Nigeria leading the way. Clean Up the World has also registered record participation in this year’s campaign by groups from Argentina, India, Mexico, the Philippines, and Spain.

Youth Association for Human Development and Environmental Protection (YAHDEP) from the Republic of Congo is one of many grassroots NGOs that have joined the 2006 Clean Up the World campaign. This year, YAHDEP focuses on promoting the idea of a national recycling programme, in particular for plastic waste.

Save a Child’s Heart is a year-round initiative in Hyderabad, India to support the work of pediatric heart surgeons through recyclable waste collection. Funds raised from recycling go towards the pediatric cardiac ward of Hyderabad’s Apollo Hospital.

Escuela Maria Josefa Gonzalez Casero is a primary school in a marginalised suburb of Cordoba, Argentina. Throughout September, students will generate environmental awareness in their community, including through a radio show they will present every fortnight. They also plant trees in public spaces year-round.

"Hundreds of communities across the developing world see the connection between the health of their environment and their own wellbeing. By joining Clean Up the World, they become agents of change for their community instead of bystanders," said Kiernan.

External links Groups, organisations, businesses and communities around the globe are encouraged to register with Clean Up the World by visiting www.cleanuptheworld.org. Members receive information and materials to assist with the promotion and implementation of environmental activities.