Start a Wiki
Edited news and comment articles are being replaced on this wiki by articles with rss feeds. So this page or series of articles is no longer being maintained. If you wish to reactivate this page, please remove this notice and leave a note on the Community Portal talk page, thanks. 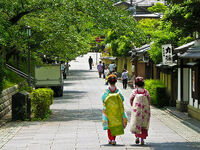 Data from the Global Carbon Project shows carbon emissions from our planet increased 5.9 per cent from 2009 to 2010, the largest jump in any year since the Industrial Revolution, December 29 [1]

The world is locking itself into an unsustainable energy future which would have far-reaching consequences, IEA warns in its latest World Energy Outlook, 09 November [11]

Retrieved from "https://sca21.fandom.com/wiki/Climate_change_global_news?oldid=46596"
Community content is available under CC-BY-SA unless otherwise noted.