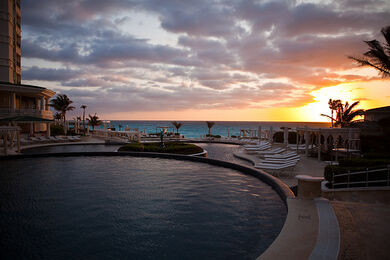 Elements of the Cancún Agreements [1] include:

• Industrialised country targets are officially recognised under the multilateral process and these countries are to develop low-carbon development plans and strategies and assess how best to meet them, including through market mechanisms, and to report their inventories annually.

• Parties meeting under the Kyoto Protocol agree to continue negotiations with the aim of completing their work and ensuring there is no gap between the first and second commitment periods of the treaty.

• The Kyoto Protocols Clean Development Mechanisms has been strengthened to drive more major investments and technology into environmentally sound and sustainable emission reduction projects in the developing world.

• Parties launched a set of initiatives and institutions to protect the vulnerable from climate change and to deploy the money and technology that developing countries need to plan and build their own sustainable futures.

• A total of $30 billion in fast start finance from industrialised countries to support climate action in the developing world up to 2012 and the intention to raise $100 billion in long-term funds by 2020 is included in the decisions.

• In the field of climate finance, a process to design a Green Climate Fund under the Conference of the Parties, with a board with equal representation from developed and developing countries, is established.

• A new Cancún Adaptation Framework is established to allow better planning and implementation of adaptation projects in developing countries through increased financial and technical support, including a clear process for continuing work on loss and damage.

• Governments agree to boost action to curb emissions from deforestation and forest degradation in developing countries with technological and financial support.

• Parties have established a technology mechanism with a Technology Executive Committee and Climate Technology Centre and Network to increase technology cooperation to support action on adaptation and mitigation.

Retrieved from "https://sca21.fandom.com/wiki/Elements_of_the_Cancún_Agreements?oldid=43340"
Community content is available under CC-BY-SA unless otherwise noted.