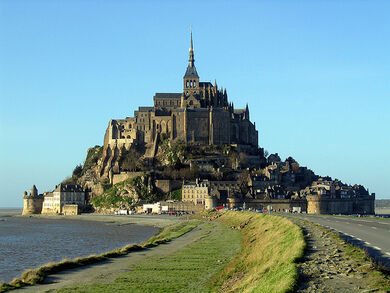 France, officially the French Republic (French: République française), is a country whose metropolitan territory is located in Western Europe and that also comprises various overseas islands and territories located in other continents. Metropolitan France extends from the Mediterranean Sea to the English Channel and the North Sea, and from the Rhine to the Atlantic Ocean.

France is bordered by Belgium, Luxembourg, Germany, Switzerland, Italy, Monaco, Andorra, and Spain. In some of its overseas departments, France also shares land borders with Brazil, Suriname, and the Netherlands Antilles. France is also linked to the United Kingdom via the Channel Tunnel, which passes underneath the English Channel.