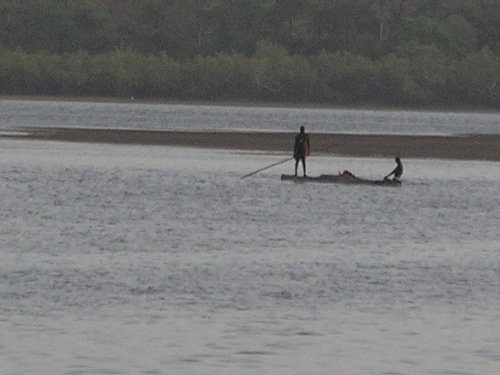 The Republic of Guinea-Bissau (Portuguese: República da Guiné-Bissau) is located in West Africa. It is bordered by Senegal to the north, and Guinea to the south and east, with the Atlantic Ocean to its west.

Only 14% of the population speaks the official language, Portuguese. 44% speak Kriol, a Portuguese-based creole language, and the remainder speaks native African languages. The country's per-capita gross domestic product is one of the lowest in the world.

Retrieved from "https://sca21.fandom.com/wiki/Guinea-Bissau?oldid=35571"
Community content is available under CC-BY-SA unless otherwise noted.