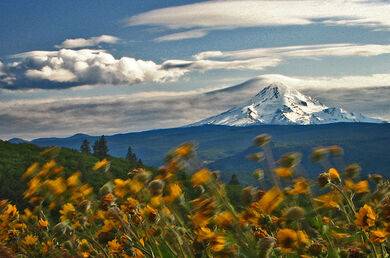 Oregon is a state in the Pacific Northwest region of the United States. The state lies on the Pacific coast between Washington on the north and California and Nevada on the south; Idaho lies to the east. The Columbia and Snake rivers form much of its northern and eastern boundaries, respectively. Salem, the state's third most populous city, is the state capital, while the most populous city is Portland.

Retrieved from "https://sca21.fandom.com/wiki/Oregon?oldid=43196"
Community content is available under CC-BY-SA unless otherwise noted.