M. King Hubbert created and first used this theory in 1956 to accurately predict that United States oil production would peak between 1965 and 1970. His logistic model, now called Hubbert peak theory, and its variants have been shown to be descriptive with reasonable accuracy of the peak and decline of production from oil wells, fields, regions, and countries, and has also proved useful in other limited-resource production-domains. According to the Hubbert model, the production rate of a limited resource will follow a roughly symmetrical bell-shaped curve based on the limits of exploitability and market pressures. Various modified versions of his original logistic model are used, using more complex functions to allow for real world factors. While each version is applied to a specific domain, the central features of the Hubbert curve (that production stops rising, flattens and then declines) remain unchanged, albeit with different profiles.

Some observers, such as petroleum industry experts Kenneth S. Deffeyes and Matthew Simmons, believe the high dependence of most modern industrial transport, agricultural and industrial systems on the relative low cost and high availability of oil will cause the post-peak production decline and possible severe increases in the price of oil to have negative implications for the global economy. Predictions vary greatly as to what exactly these negative effects would be.

If political and economic changes only occur in reaction to high prices and shortages rather than in reaction to the threat of a peak, then the degree of economic damage to importing countries will largely depend on how rapidly oil imports decline post-peak. According to the Export Land Model, oil exports drop much more quickly than production drops due to domestic consumption increases in exporting countries. Supply shortfalls would cause extreme price inflation, unless demand is mitigated with planned conservation measures and use of alternatives.

Optimistic estimations of peak production forecast the global decline will begin by 2020 or later, and assume major investments in alternatives will occur before a crisis, without requiring major changes in the lifestyle of heavily oil-consuming nations. These models show the price of oil at first escalating and then retreating as other types of fuel and energy sources are used.

Pessimistic predictions of future oil production operate on the thesis that either the peak has already occurred, we are on the cusp of the peak, or that it will occur shortly and, as proactive mitigation may no longer be an option, predict a global depression, perhaps even initiating a chain reaction of the various feedback mechanisms in the global market which might stimulate a collapse of global industrial civilization, potentially leading to large population declines within a short period. Throughout the first two quarters of 2008, there were signs that a possible US recession was being made worse by a series of record oil prices. [citation needed]

Unsustainable 2010: Music by Muse Exogenesis from the album 'The Resistance' (Warner Music). About 10 mins. 24 November 2009 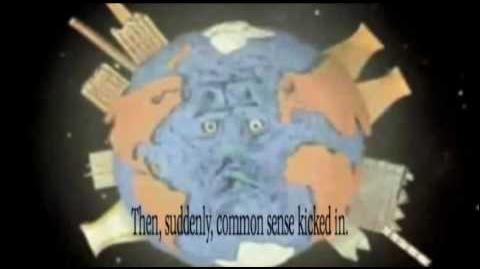